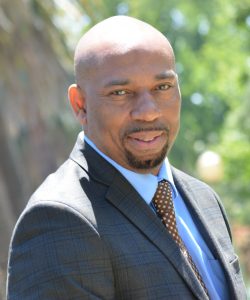 Parent and Director of Adult Services

Center for Fathers and Families

Terry Moore is the Director of Adult Services at the Center for Fathers and Families (CFF); a non-profit, Sacramento based agency, who focuses on responding to the needs of fathers and their families. With over 16 years of experience in teaching co-parenting, practical parenting, anger management, life skills and domestic violence courses; he also provides one-on-one sessions and is the events promoter for CFF.

Terry is well known throughout California as one of the leading individuals in the performance poetry arena. As a host and actor, he has been featured with some of the world’s top entertainers. In recognition of his skills, and dedication to the industry, he has received numerous awards, i.e., Best Spoken Word, Legendary Poet, and Best Promoter to name a few. Appearing at the Showtime at the Apollo and on Black Entertainment Television (BET) Terry has been recognized for being one of the best in his industry.

Although his career has been very successful, his greatest accomplishment and point of pride, is being the father of two beautiful daughters and receiving “Father of the Year” and “Super Parent of the Year!”