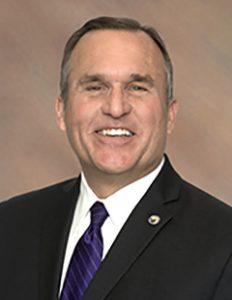 Building a Multi-Agency Collaborative and the Science of Hope

Casey has been recognized by The American Lawyer magazine as one of the top 45 public lawyers in America. He is an honors graduate of Stanford University and UCLA School of Law.  Casey served for eight years as the elected City Attorney of San Diego from 1996 to 2004.  His transformative work as a prosecutor changed the face of domestic violence prosecution in the United States. He is the visionary behind the Family Justice Center movement, the founder of Camp HOPE America, the first camping and mentoring program of its kind in the country, for children impacted by domestic violence. He co-founded the Training Institute on Strangulation Prevention and trains professionals across the country and around the world in the handling of near-fatal strangulation assaults.  He is one of the leading thinkers in the country on the power of hope in the lives of adult and child trauma survivors as well as helping professionals. The Alliance measures hope, resiliency, and wellbeing in all its programs with survivors, both adults and children, and even with its own staff members.

His work has been profiled nationally on the Oprah Winfrey Show, CBS The Early Show, USA Today, The Huffington Post, The New York Times, New Yorker Magazine and a host of other news outlets. Casey has received a host of awards including the Ronald Wilson Reagan Public Policy Award from the U.S. Department of Justice, Office for Victims of Crime, the Women’s E-News, 21 Leaders for the 21st Century, and the Abely Award for Leading Women and Children to Safety.

Casey has authored or co-authored eleven books since 2006. Casey’s current best selling, award winning book, written with Dr. Chan Hellman from the Hope Research Center at the University of Oklahoma, is entitled “Hope Rising: How the Science of HOPE Can Change Your Life.”  It is a roadmap to a life-well lived and points the way toward the power of hope in the lives of all those who have experienced trauma, hardship or adversity.  His newest book is a children’s lullaby book called “Goodnight Moonbright” to teach children and their parents about the science of hope. All his books are available at www.allianceforhope.com.

Casey and his wife, Beth, have three grown children. He is a proud grandfather of five grandchildren.